This past weekend, the Doodle and I piloted the Terra, that’s our almost 38′ Class A Motorhome, down Interstates 71, 75, and 81 to the Mayberry campground in Mt. Airy, North Carolina. This is the beginning of our journey out of our home state of Ohio living in the Terra, on the road, for at least the next six months.

If this sounds sort of crazy to you, that’s okay. It still does to me sometimes even though it’s something I’ve wanted to do for many years. Life events, many good and one horrible, have led me to this time and this way of living and I’m optimistic about the adventure before me. And just a little anxious as well.

For those of you new to Posts From Along The Road, I want to backup to four years ago so you have perhaps a better understanding of why this almost 60 year guy is becoming a nomad. I prefer the term gypsy as it seems more adventurous and mystical than nomad but simply put, I’ve become a full time RVer. Here’s how I got to this point and why.

In late August of 2015 by wife of 30 years, Barbara, was diagnosed with a Glio Blastoma brain tumor. She had been having symptoms of nausea and headaches for a few months and one night after work we decided to go to the emergency room. Not expecting anything like cancer, we and our children were devastated with the diagnosis. It had only been one and half years earlier that we lost Barb’s younger brother Greg to a brain tumor as well. A train had just hit us head on. Again.

If you knew Barb, you wouldn’t be surprised by her attitude about becoming a cancer patient. She had a number of sayings and “it is what it is” became sort of a mantra for us as she bravely persevered through two brain surgeries, two types of chemo treatment, and radiation. Through it all, she rarely complained. She showed great strength to the kids and I. She knew what the outcome would be if a miracle did not occur but that did not cause her to fear as her faith was strong and her love of God was great. We were told the average life span of someone her age was around 15 months. We were blessed to have her with us, post diagnosis, for almost 19 months. She finished her journey with cancer in early March of 2017 on her brother Greg’s birthday.

During her battle with cancer, I started journaling about what she and we were experiencing as a way to help me cope with all the emotions I was encountering. I began writing on Facebook as I would sit on our front porch while she was resting. I called those entries “Front Porch Sit’n”. As Barb’s battle continued I found that my writings helped me and a number of others that were either our friends or folks also dealing with their own cancer journey in someway.

Because of that feedback and encouragement, I decided to start this blog about two years ago and have continued writing about life experiences living now on my own. You see you never really get over losing someone that was your other half. You just get through it. You hold on to hope and have faith that life will go on for you. Not the same life but still a life worth living. I’ve found that to be true.

Prior to her cancer showing up, I had been working on convincing Barb that an RV would be great to have for weekend getaways and longer vacations. We could take the kids and their kids with us on some adventures. After nearly twenty years of convincing her, she started to warm to the idea but only for trips, not full time. We went to a couple RV shows and she was really starting to come around to the idea. Especially when the term ‘glamping’ became popular. You see she liked the idea of seeing the country at our own pace and in our own ‘hotel room on wheels’ but she did not like the idea of a ‘dump station’. Yes, she had watched the movie RV.

As this world would have it, Barb never got to join me on RV adventures. And honestly with her passing I had pretty much given up on the idea completely. But a little over a year ago, the thought started coming back to me. I had started noticing RVs on the highways again. So many different styles, sizes, and options. I wondered if it was something I should go ahead and do.

I must have looked at twenty or thirty RVs over the past year before finding the Terra and deciding to go for it. Since late July of this year, the Doodle and I have been living in the Terra full time. I have no apartment or house to go back to although my kids have offered their sofas. For a short time. If it’s an extreme situation. I love my kids!

So, it’s just the Doodle and I and our essential possessions in the RV and whole bunch of other stuff left in Ohio in a rather large storage unit. As George Carlin once said, ‘And when you leave your house, you gotta lock it up. Wouldn’t want somebody to come by and take some of your stuff.’ Truth! 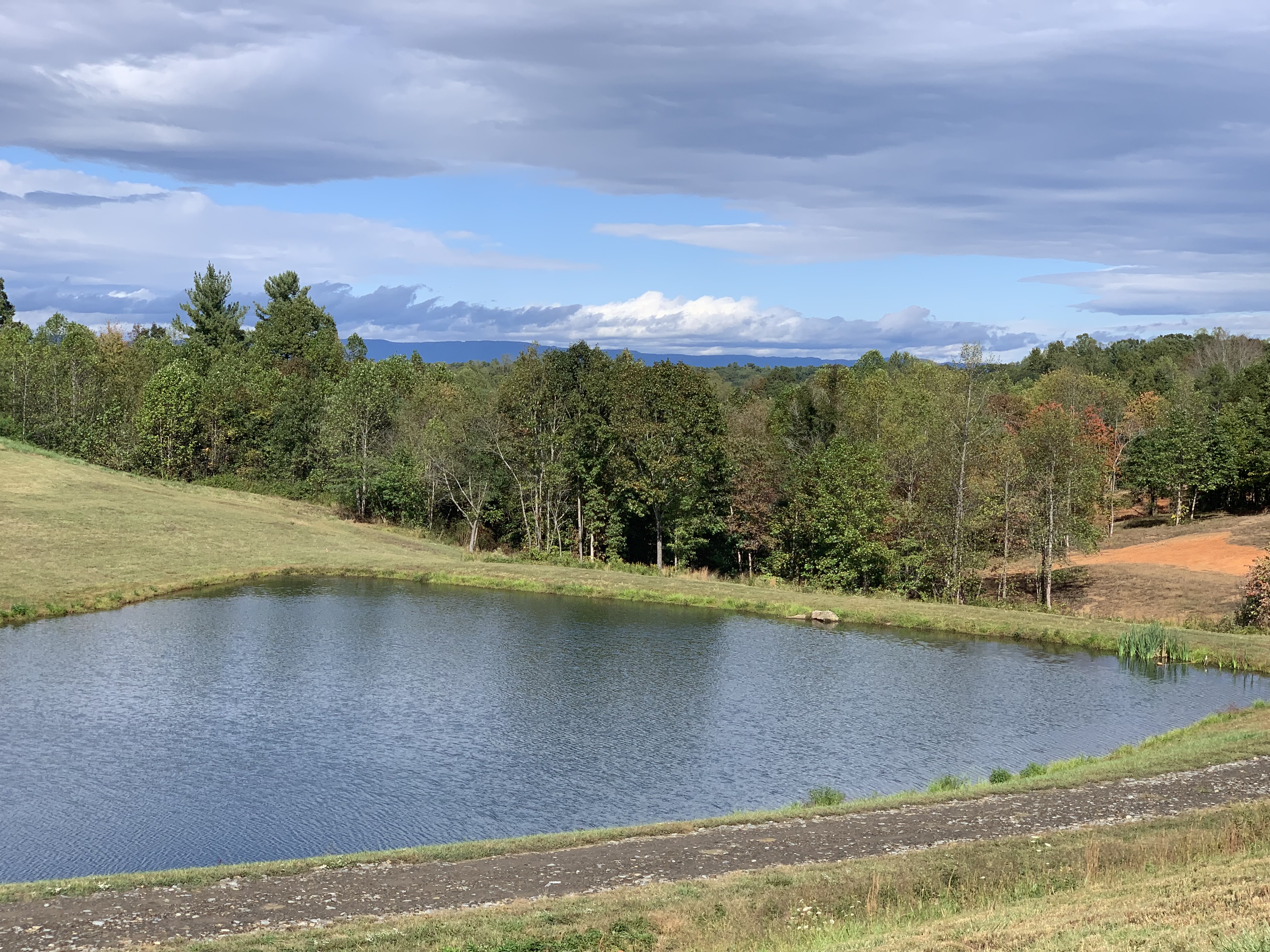 So here we are today October 16, 2019, parked on a hill overlooking the rather scenic Mayberry campground. We’ll be enjoying this view for the next month before heading further down the road to South Carolina during the month of November and then Florida in December. I have us planned and booked through mid January. Then we’ll head west around the Gulf of Mexico and through Texas, New Mexico, and into Phoenix, Arizona, by late February. Just in time to spend a month enjoying Spring Baseball games. After that I’m not sure yet where the Terra will take us but that’s part of the fun of full time RV living. You make plans but keep them flexible. Kind of like life in general don’t you think?

Barb had another saying that has become a favorite for myself and our closest friends. “There’s a lesson in that”. Barb always thought of others first and even as she was going through her cancer, she kept that focus. While others were doing all they could to give her comfort and strength, she was passing it along to everyone she encountered. She gave it to me, our kids, our family, our friends, and even the staff at the hospital. She believed in not worrying about the future but trusting that at the end she would be okay. She lived her journey to the fullest and I believe there is indeed a lesson in that for all of us.

So if you are new to Posts From Along The Road, you now have the background on why I write and why I’m doing this whole RV thing. I have planned out the journey for the next few months but I’m not tied to it. I’m asking God to lead me on this adventure to see the places and meet the people I’m supposed to encounter. To experience life to the fullest on the roads I travel. To accept that it is what it is. And of course, to learn the lessons from it all.

It would be great if you would join the Doodle and I on our journey so please like and follow the blog and our social media for Posts From Along The Road. And please feel free to leave your comments on what I share and more importantly what you have experienced on your life journey. It would be a great encouragement to me to hear your stories.

That’s it for now and we’ll see you down the road….

One thought on “And I’m Doing This Why?”